An in-depth interview by Chris Gibbons with Philip Lymbery about the state of our planet due to factory farming.

The crux of the tragedy is that we are using billions of hectares of perfectly good farmland to produce soybean and cereals to feed animals, which are then, in turn, fed to humans. Why is that a bad thing?

It’s a bad thing because essentially feeding human-edible crops to industrially reared animals is not only unnecessary, it’s also the biggest single sector of food waste on the planet. In this way, we misuse and waste enough food to feed an extra four billion people, yet there are cries of “needing factory farming because of a looming food crisis”, “we need factory farming to feed the world”. The reality is that if you really wanted to feed people, you’d not do it with factory farming.

Soybean is a brilliant protein for human beings?

Soybean is a wonder food. It is high in protein, highly versatile, yet the vast majority of soya in the world is being grown to feed factory-farmed animals… Yes, some of the oil goes into the human vegetable market, but, actually, oil represents very little of the overall bean. If you look at it, 83% of the bean is the solid meal, 17% is the oil. It’s the meal that is being grown to feed industrially reared animals.

...we misuse and waste enough food to feed an extra four billion people...

So we have created a three-stage chain when only two stages are necessary? Cows, sheep, chickens are absolutely expert at converting grass into meat, milk and eggs?

What’s the most efficient way of producing meat and milk? Well, it’s the cow on a grassy hillside. That grassy hillside, because it’s marginal, steep land on which you’re not going to be growing crops. But grass grows there and cattle have been perfectly adapted over millions of years to turn that grass efficiently into protein, into meat, and into milk.

What happened fifty years ago, essentially, was the law of unintended consequences. We needed to boost food production and doing agricultural intensification seemed like a good idea. And then these ancillary industries, these vested interests, the animal feed, the chemical, the pharmaceutical industries came into the picture. Also the machinery, the cages, the equipment manufacturers came into the picture and told farmers this was the new way. They still do now and they’ve reframed the debate about efficiency. So now efficiency is all about using chemicals to produce grain to farm animals.

When you began to write Dead Zone, you went on a two-year road trip to do your research and you discovered that this is not just about farm animals?

In those two years, I discovered that factory farming not only causes untold misery for billions of farm animals… but that it is also a major driver of wildlife declines. Because what factory farming is, in a nutshell, is the grain-feeding of confined animals. In grain-feeding confined animals, the farm animals are taken off the land, the pasture, and put in confinement, in cages and crates. They’re crowded together and that looks like a space-saving idea, but actually isn’t, because you then have to produce their food somewhere else. And instead of using ubiquitous pastures on which to keep the animals, you then have to start using much scarcer, arable land that really should be dedicated to growing food for people.

The industrial rearing of farm animals has another side which is the industrial growing of crops for animal feed, in vast chemical-soaked prairies. In so doing you have a disappearing act: as the farm animals disappear from the land and as these massive fields of monoculture like soybean expand, so the trees, the bushes, the hedges and the wild flowers also disappear. With them go the insects and the seeds that are needed by the wildlife, and so the birds, the bats, the bees, the butterflies, all disappear too. On other continents, we see the effect with South American jaguars and Sumatran elephants, and even here in South Africa, the penguins are disappearing, leaving you with little else but the crop.

Why are our African penguins being dragged into this quagmire?

This was really the inspiration for Dead Zone. I was standing on Boulders Beach in Cape Town, inspired by David Attenborough, probably the biggest wildlife hero on the planet. I’d seen him with these birds and I wanted to go and see them myself. I was launching Farmaggedon in nearby Simonstown and went to Boulders Beach, and as I stood there watching the penguins there was a signboard which said: “Threats”. And amongst the threats, it said: “Overfishing”. Which means anchovies, pilchards, and so on. Now that word, ‘overfishing’, is a bit like ‘climate change’: there’s no-one to blame, it’s just so big. It’s like a big, bad sticking plaster over the debate. But I had been over in Peru and I’d seen what the anchovy fishery there, the world’s biggest single-species fishery, had been doing to the wildlife. Seabird populations had been decimated, plummeting by more than 90%. I came to realise in Peru that anchoveta was being ground down, not to feed people but to feed factory-farmed animals, be they farmed fish, chickens or pigs, leaving the birds starving. Immediately I wondered if this was why the African penguins were declining at a free-fall rate? I discovered that off the coast of South Africa there is similarly a massive industry hauling these small pelagic fish out of the ocean, grinding them down for chicken feed, leaving penguins, dolphins, and other wildlife starving and heading towards oblivion.

You mentioned the health problem associated with factory farming, which is the use of antibiotics. You believe we’re destroying our own health?

The fact is that 50% of the world’s antibiotics are fed to farm animals to ward off the diseases that are inevitable in keeping animals caged, crammed and confined in stressful conditions. This is causing antibiotic-resistant superbugs to emerge and contributing to the demise of the modern medical miracle of antibiotics. The World Health Organisation is warning that if we don’t do something, both in human medicine and in animal agriculture, then we could very soon be looking at a post-antibiotic era where once again currently treatable diseases will again kill.

How do we change this? What do we have to do?

Changing it is waking up and taking a common-sense approach to agriculture. We need to restore farm animals to their ecological niche as grazing animals, as rotational animals, on mixed farms that are either utilising the ubiquitous pastures which cover a quarter of the Earth’s land surface, and cover much of the land’s surface here in South Africa. Or keep the animals as part of a mixed livestock crop rotation where the animals can restore soil fertility naturally to the land. So, moving away from monoculture, moving away from industrial specialisation, and towards treating farm animals like living, breathing creatures as part of the overall farming package. This would take us away from the wasteful practice of feeding four billion people’s worth of human-edible crops to industrially reared animals…

Won’t this be much more expensive for the consumer?

No. Mixed rotational farming is the future… we have to realise that this supposedly ‘cheap’ meat, this factory-farmed meat, is something we pay for three times. We pay for it once at the checkout, the second in our tax dollars for subsidies into agriculture that encourages intensification, and the third is in the huge clean-up cost to our health and to the environment.

The ultimate thing is that the world will not allow us to continue with industrial farming for much longer… [it’s] undermining the life support systems that we need as a society. Just some examples: bees are in rapid decline because of industrial agriculture. Without bees pollinating services, a third of all crops are out of the window ... Also remember that industrial agriculture is very hard on the soils ... the United Nations warns that if we don’t do something, if we don’t change our ways, we have just 60 years left of the world’s soils before they’re gone. Then what? 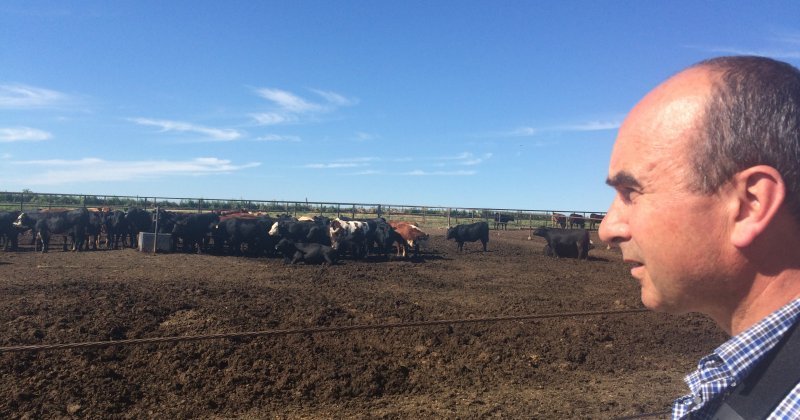 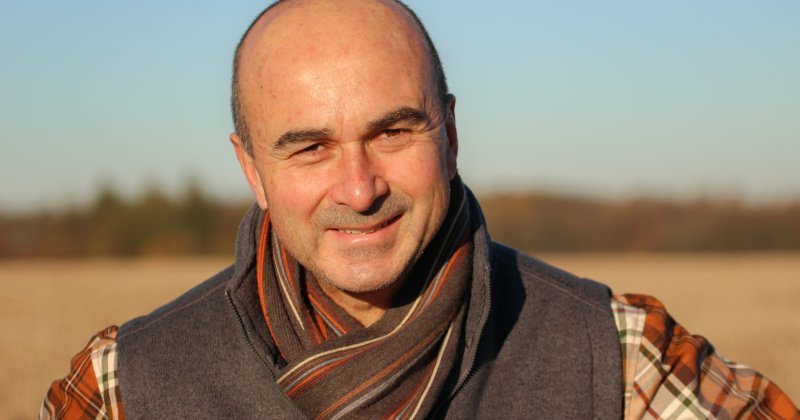 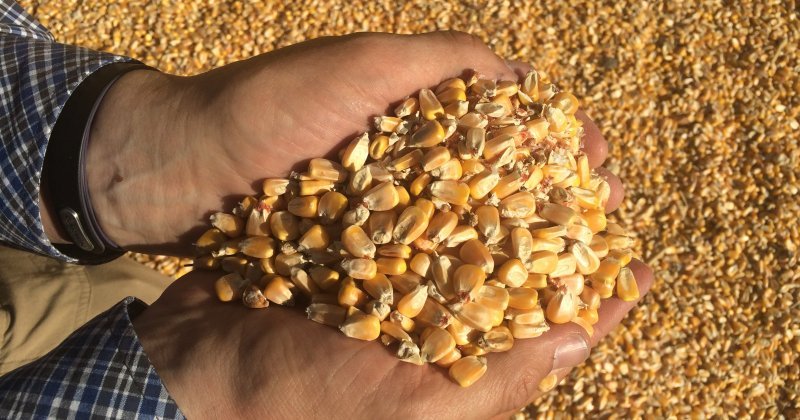 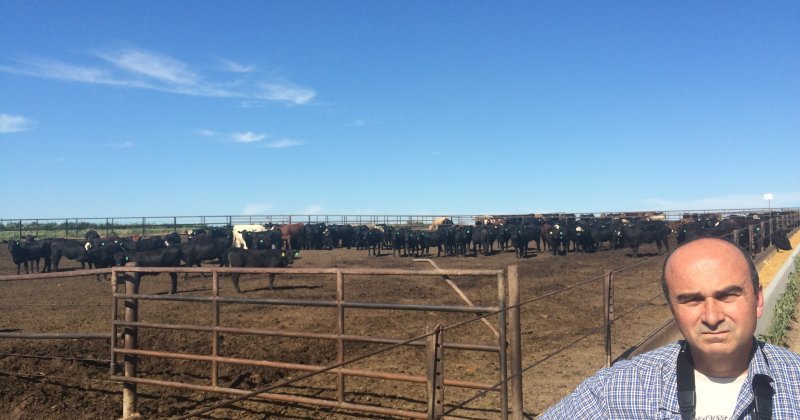 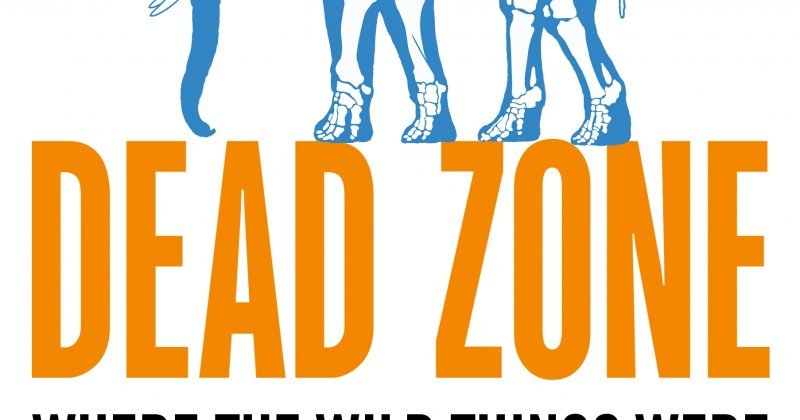 Five-star boutique Clico gets a makeover

Five-star boutique Clico gets a makeover

Swim from Robben Island to Blouberg