News for the family on health and safety

With your eyes set firmly on the July school holidays in order to survive the first half of your busy year, it’s imperative to remember just how essential seat belts are for kids when travelling. At a recent event where MasterDrive interacted with primary school children in a number of safety exercises, trainers estimated that as many as 70% of the kids needed help strapping themselves in.

Eugene Herbert, Managing Director of MasterDrive says, “Awareness needs to be raised amongst children that they should always wear a seat belt. Even if parents do not own a car, children will at some point be a passenger in a car. As a passenger, every child has the right to their own seat and seat belt and therefore the knowledge of how to use a seat belt.”

As a country with an above-average road fatality rate, you need to be sure your child is properly protected within a vehicle should a crash occur. It is especially important that the parent takes this onus upon themselves because in certain instances they are not supported by the law.

This can be seen in Regulation 231 from the National Road Traffic Act, which explains the number of children that may be carried in a vehicle:

·  Any child under the age of three is not counted.

·  Two children between the age of three and six are counted as one person.

·  Three children between the age of six and 13 are counted as two people.

If one were to follow this law, it’s not possible for every child to have their own seat and consequently, seat belt. “If you have never gone over how to wear a seat belt with your child, we urge you to go home tonight and do so. A safe and bright future for your child may depend on it.” <box ends>

·  Ideally, children under 12 or shorter than 150cm, should sit in the rear and use a booster seat.

·  The lower part of the seat belt should go across your pelvis not your stomach.

·  The shoulder belt should sit on your chest and collarbone and not touch your face or neck.

·  Never put the shoulder belt behind your back or under your arm.<box ends>

As a passenger, every child has the right to their own seat and seat belt and therefore the knowledge of how to use a seat belt. - Eugene Herbert, Managing Director of MasterDrive

Life-saving assistance when you’re in a SPOT

While adventuring off the beaten track while on holiday may be the highlight of your year, it comes with its inherent dangers, especially when you have your children with you. Arm yourself with a SPOT Gen3 tracking device that will watch over you if you’re ever in an emergency…

WHAT EXACTLY IS IT? The SPOT Gen3 is the latest version of award-winning SPOT trackers, a device which enables a critical, life-saving means of communication should you find yourself out of cell signal while on any kind of adventure. It uses 100% satellite technology and is easily portable.

WHY DO YOU NEED IT? The SPOT Gen3 allows family or friends to track your movement or, if the worst should happen, it can send emergency responders to your GPS location, all at the push of a button. This hardy, pocket-sized device should surely be a part of your essential adventuring equipment so that you can always stay connected.

WHY IS IT SO CLEVER? Customised tracking allows you to change the rate at which tracks are sent. Tracking is also motion-activated, with a vibration sensor informing your SPOT device to send track updates whenever you move and/or stop, thus conserving battery power. Track messages will be sent until the device is turned off, and there is no need to reset after 24 hours.

The SPOT Gen3 is available online for R2 999 from www.animalgear.co.za

Are nicotine-free e-cigarettes really less harmful to your health?

If, for a moment, you’ve mistakenly thought that a car is on fire when its occupant opens a window and has been vaping, you’re not the only one! But if you’re the one doing the vaping, something to consider seriously are the health implications of inhaling these chemicals…

According to Medical News Today, scientists at the University of Rochester Medical Center in New York set out to test the hypothesis that vaping e-cigarettes that do not contain nicotine would be less harmful than conventional cigarettes.

To this end, the researchers, led by senior author Dr. Irfan Rahman, focused on “the immuno-toxicological and the oxidative stress effects by e-cigarette flavouring chemicals on two types of human monocytic cell lines.”

Oxidative stress – a process in which oxygen radicals are produced in excess, resulting in a series of damaging effects, including increased toxicity, damage to our DNA or even cancer.

Monocytes – a type of white blood cell that plays a critical role in our immune response to inflammation.

Taking oxidative stress and monocytes into account makes the results of the study key for understanding the relationship between e-cigarettes and the immune system. To assess the flavourings’ potential for causing oxidative stress, the team measured the production of so-called reactive oxygen species (ROS). <box ends>

The authors of the study hypothesised that the flavouring chemicals used in e-juices/e-liquids induce an inflammatory response, cellular toxicity and ROS production. As expected, the cytotoxicity tests performed by increasing the levels of oxidative stress revealed increased inflammation and tissue damage. Furthermore, the researchers added that by mixing a variety of flavours resulted in greater cytotoxicity and cell-free ROS levels compared to the treatments with individual flavours, suggesting that mixing of multiple flavours of e-liquids are even more harmful to the users.

Skin protection for all seasons…

Tired of your shirts yellowing from sunscreen and it causing irreparable damage to them? NIVEA Sun Protect & Moisture Moisturising Sun Trigger Spray with Clothing Protection is the answer! It still has ultra-high sun protection barriers at SPF 50+.

If you’re like us, one of the things we enjoy least about winter in SA’s interior is the dryness, especially if you’re active and outdoors! Eucerin can come to your aid before the cracks set in and you suffer needlessly through a season we’d prefer you enjoy. 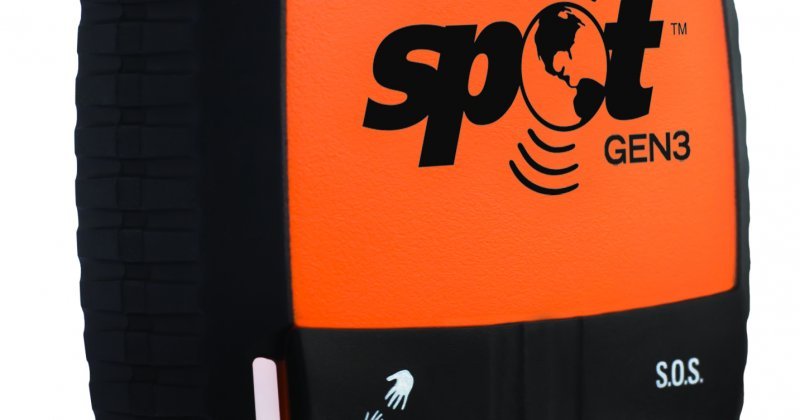 Tracing Jock of the Bushveld

One of the Great Characters of South African Literature